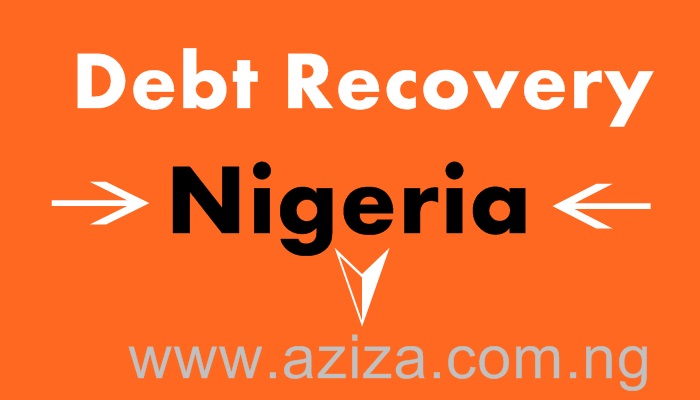 Police and EFCC are not Debt Recovery Agencies in Nigeria. With the recent Supreme Court in Nigeria ruling on the issue of using police or army to recover debts from debtors is illegal. Most of us are familiar with situations where a creditor engages the services of police or army to recover debts from debtors through means of arrest, torture or intimidation. This arrangement is reached between the police and the creditor and a percentage that will be payed to the police is agreed upon.

A suit filed to determine if Police and EFCC Are Debt Recovery Agencies started in Port Harcourt High Court and ended in Supreme Court, all in Nigeria.

The Issues For Determination As Formulated By The Appellant

ISSUE 1: Whether the Court of Appeal was right when it held that the complaint to EFCC by the Appellant vide letter dated 27th October, 2006 constitutes an abuse of the process of the law and was made maliciously to cover up fraud against the 1st and 2nd Respondents.

ISSUE 2: Whether the Court of Appeal was right when it held that the invitation by EFCC (Exhibit V) to the 1st and 2nd Respondents constituted an infringement or a likelihood of an infringement to the fundamental rights of the 1st & 2nd

From the foregoing, it is my view that the parties having mutually agreed to refer the matter to the Chartered Institute of Bankers – sub-committee on ethics and professionalism, the Appellant should not have gone ahead to report the matter to Financial Malpractices Investigation Unit, C.I.D. annex, Lagos since the Banker’s Committee directed the parties to say away from any further action pending the determination of the investigation, and this was clearly understood and agreed by both parties.

It is important for me to pause and say here that the powers conferred on the 3rd Respondent, i.e. the EFCC to receive complaints and prevent and or fight the commission of Financial Crimes in Nigeria pursuant to Section 6(b) of the EFCC Act (supra) does not extend to the investigation and/or resolution of disputes arising or resulting from simple contracts on civil transactions as in this case.

The EFCC has an inherent duty to scrutinize all complaints that it receives carefully, no matter how carefully crafted by the complaining party, and be bold enough to counsel such complaints to seek appropriate/lawful means to resolve their disputes. Alas! The EFCC is not a debt recovery agency and should refrain from being used as such.

Generally, abuse of process involves circumstances and situations of infinite variety and conditions and which may be occasioned by malice, bias and desire to misuse or pervert the system of administration of justice. See Saraki Vs Kotoye (1992) Nwlr (Pt.264) at 156. I agree entirety with the lower court in its judgement at page 312 of record of appeal.

Looking at all that has been said, I am convinced by the learned counsel for the 1st & 2nd Respondents that, the actions of the Appellant was aimed at frustrating the investigation that is before the Bankers Committee. The subsequent actions of reporting the matter to the police and to the 3rd Respondent were nothing but abuse of process of law. What is even more disturbing in recent times is the way and manner the police and some other security agencies, rather than focus squarely on their statutory functions of investigation, preventing and prosecuting crimes allow themselves to be used by overzealous and /or unscrupulous characters for the recovery of debts arising from simple contracts, loans or purely civil transactions. Our security agencies, particularly the police, must know that the citizenry’s confidence in them ought to first be ensured by the agencies themselves by jealously guarding the integrity of the uniform and powers conferred on them.

Read: Register a Business in Nigeria

The beauty of salt is in its taste. Once salt loses its own taste, its value is irredeemably lost. I say this now and again, our security agencies, particularly the police, are not debt recovery agencies. The agencies themselves need to first come to this realization, shun all entreaties in this regard and they will see confidence gradually restored in them.

Where we are now in this country is that place where our ‘’Men – in black & blue’’ command almost no respect from the citizenry because of how low we have sunk. But it is my belief, which belief, I must say I hold very dearly, that all hope is not lost, many women and men of deep integrity are in our security agencies, and they only need to rise now to the occasion.

The first issue is resolved against the Appellant.

On the second issue, all that the 1st & 2nd Respondents need to show to sustain this action are the facts or conditions stipulated in Order2 Rule 1 of the fundamental right (enforcement procedure) Rules, 2009.

The fundamental right, the 1st & 2nd Respondents seeking to enforce is the right to personal liberty guaranteed by Section 35 (1) of the Constitution.

As I have stated earlier, the multiple actions by the Appellant were nothing but abuse of process of law. However, the actions also constituted breach of fundamental right. The detention of the 1st Respondent by the police in Lagos where he was compelled to pay N2,000,000.00 before he was granted bail, when the Appellant knew very well that the Banker’s Committee which is the constituted authority to investigate the alleged matter, was conducting its investigation, is a clear case of breach of fundamental right.

Exhibit V, which is the letter of invitation from EFCC inviting 1st Respondent also constituted likelihood of an infringement to the fundamental right of the 1st & 2nd Respondents.

The 1st Respondent sensing another round of detention and intimidation from another Law Enforcement Agency, similar to what happened by the police in Lagos ran to the Court for enforcement of their fundamental right.

There is no way, the Appellant could have reasonably suspected the 1st & 2nd Respondents to have committed any offence when the investigation, which the Appellant submitted itself to the Banker’s Committee, has not been concluded. I agree with the decision of the Court of Appeal on page 316 of the recordsThis appeal lacks merit and is accordingly dismissed, the judgement of the lower court is hereby affirmed.

Be the first to leave a review.

Your browser does not support images upload. Please choose a modern one

This will close in 60 seconds